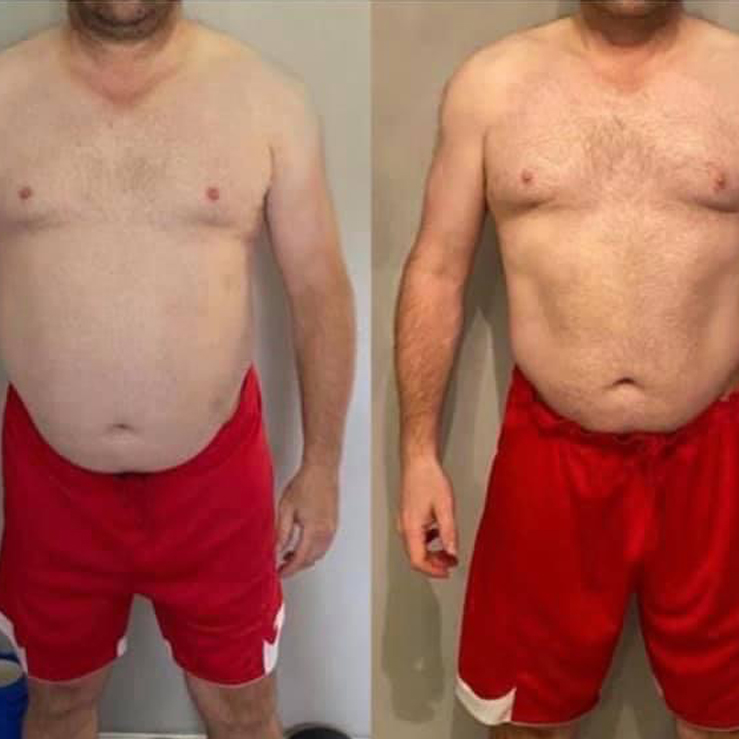 “I run multiple pubs/restaurants & weighed in at the heaviest I have been in my lifetime, due to u lots of late night eating & not preparing well with food. I have also had a lot of surgery on knees & lower back which I had let hold me back from regular exercise the past 4 years.

I have worked with lots of coaches who I would train with in person multiple times per week & spent thousands on -without seeing results, which was incredibly disheartening.

I had a lot of friends question me when I invested in Kirk – is he really worth it?I said it will be the BEST MONEY I’ve ever spent. I have been proved totally right.

Not only has Kirk’s programs been great, but his in depth look into my injuries & exercises programme he set, have helped me immensely.

I have gone from not being able to squat due to my knees (all I could do was sit down & get back up). Now I am squatting with 20kg + in each arm, which is life changing after the pain I have lived with.

All of this has happened from home – I’ve not been in a gym once.

I have learnt you can still enjoy food & not live on chicken & broccoli dry meals, which I did In the past when trying to progress. My food varies so much now & I eat so many great meals. (thanks to my missus ha ha)

ANYONE can make this sort of progress…just get it done.

It is straight forward & pretty simple if I am honest due to Kirk’s knowledge & know how, he will have you flying in no time. He will make you get more organized, but it’s exactly what I needed, & I thank you so much Kirk.

I felt like a snowman/ hippo to start with, but now 43lbs down, I believe anything is possible.

If you work with Kirk, he will help you achieve & think the same.”

Change your life and Apply Today